Kuhlman Corporation: Over A Century Of Construction 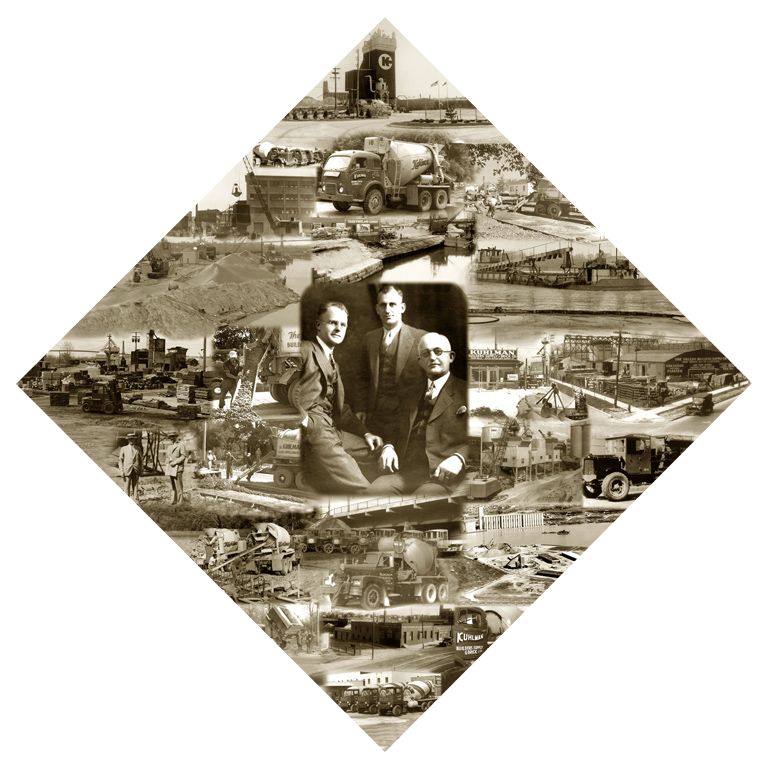 The history of Kuhlman Corporation – one of the region’s largest and oldest suppliers of construction products – goes right to the foundations of our region’s growth. For over 120 years, Kuhlman has helped build the history of Northern Ohio and Southeastern Michigan. Kuhlman has supplied much of the ready-mixed concrete, brick, sewer/water materials and concrete/masonry specialties used to construct Toledo and surrounding communities since 1901.

When growth shifted to the suburbs, Kuhlman was there, too, supplying concrete for the interstate highway system, the Masonic Temple; St. Luke’s, Flower and St. Charles hospitals; plus Franklin Park, Monroe, Frenchtown and Southwyck malls, the Town Center at Levis Commons, and Shops at Fallen Timbers. Kuhlman was instrumental in the development of Maumee’s Arrowhead Business Park, where its headquarters is now located.

In Northeastern Ohio, Kuhlman products have been utilized at many notable sites, including the Cleveland Clinic, Gund Arena (now Rocket Mortgage Arena), the University of Akron, Cleveland main library, the Cleveland Federal Reserve Bank and a number of Amazon distribution centers.

Throughout five generations, Kuhlman has remained a family-owned and -operated business. Today, the Company employs 150 men and women and operates five related businesses at six locations.

Kuhlman’s No. 1 goal is to make its customers successful. By doing so, it has grown into one of the region’s:

Adam R. Kuhlman, the son of a German immigrant, was a bricklayer and mason contractor. In the late 1890s, he and Richard Kind formed the Kuhlman-Kind Co., which sold building materials. In 1901, the new firm merged with three other companies to become Toledo Builders Supply, predecessor of today’s Kuhlman Corporation. Adam Kuhlman was named vice president of the Toledo Builders Supply and in 1916 became its president.

The new firm had two Toledo supply yards, one on Cherry Street and the other on the Maumee River and Main Street in East Toledo. More operations followed at 420 Water Street, 153 South St. Clair Street, Sylvania Avenue near Bennett Road, and Dorr Street near Westwood Avenue.

In the mid-1920s, Adam Kuhlman went his own way and formed the Kuhlman Builders Supply and Brick Co., which bought out Toledo Builders Supply in 1928. He became a strong civic presence in Toledo, leading the Toledo Chamber of Commerce, the YMCA and the Lutheran Old Folks Home.

Adam Kuhlman invested in an East Toledo brick-making firm, the Ohio Brick Co., on Consaul Street, in 1902. Brick-making operations continued until the site ran out of clay in the early 1940s. Today, Kuhlman remains one of the area’s premier brick suppliers, carrying bricks of numerous sizes and textures from more than 20 manufacturers.

Pioneer in Ready-Mixed Concrete
In 1928, the Company became the first in Northwest Ohio and one of the first in Ohio to enter the ready-mixed concrete business. Its first mixer had a two-cubic yard capacity and cost $3,000. When the Depression hit, a fleet of five concrete mixer trucks helped keep Kuhlman afloat, giving it an edge on the few construction projects then underway.

Today, a third of the Company’s business is in ready-mixed concrete and Kuhlman retains its position as Northwest Ohio’s foremost supplier of this enduring natural material. The Company has several strategically located permanent plants and several portable plants for operations at large or distant sites. Its computer-controlled plants supply a modern fleet of front-discharge mixer trucks that deliver concrete in a timely and responsive manner. The Company can mix hundreds of different concrete formulations to meet exacting project specifications. Kuhlman supplies concrete for projects as diverse as residential driveways to complex industrial facilities requiring tens of thousands of yards of sophisticated mixes. 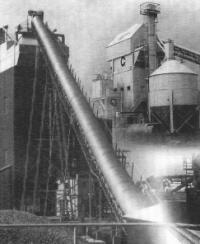 The Depression years were marked by business slowdowns and by the death of Adam Kuhlman in 1933. The Company was passed on to his sons, Charles and Edwin, who together struggled to keep it going in the lean times. Charles was elected president, while Edwin ran the operations end of the business. During World War II, business declined again as equipment and supplies were rationed. The Company then grew during the post-war building boom.

Charles Kuhlman was a thoughtful and kind man of few words. He summarized the Company’s philosophy succinctly: “A sale is never made until the customer is totally satisfied.” 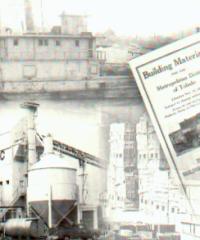 Upon Stevenson’s death in 1967, Marion S. (Bart) Bartholomew, Charles Kuhlman’s son-in-law, took over the firm’s helm. Under Bartholomew’s direction, the Company expanded into new areas. One was land development, beginning with the 100-acre Charles E. Kuhlman Industrial Park along the Maumee River, now the site of the company’s large multi-purpose “Yard One” operation where the company produces concrete, sells building materials, and warehouse bulk materials for others.

In the 1960s, Kuhlman engineers, along with their counterparts at Detroit Edison, perfected K-Krete®, a new concept and product known as controlled density fill. K-Krete is engineered to produce a flowable fill that does not require compaction, does not shrink or settle, and is competitive with compacted granular fill. The product is now used worldwide.

At Yard One in the 1980s, the Company developed the Kuhlman Bulk Materials Facility, one of the Great Lakes’ biggest, most accessible, and best organized bulk material warehouses for fertilizers, road salt, aggregates and agricultural products.

Kuhlman specializes in bulk materials which come in via rail or self-unloading ships and then depart via truck or rail. A huge on-site warehouse is designed to provide complete protection for more than 100,000 tons of material. Segregated storage areas and a sophisticated conveyor system assure secure material storage. Seven acres of hard-surfaced outdoor storage are also available. The facility has direct access to Interstate 75, plus its own rail unloading system and railcar storage yard, with direct connections to Norfolk Southern Railway.

Fourth Generation
In 1987, Bartholomew’s son-in-law, Tim Goligoski, assumed the presidency of the company. Bartholomew remained active in civic affairs and in the Company’s real estate pursuits until his death in 1991. Another family member active today is vice president Ken Kuhlman, Edwin Kuhlman’s grandson, who heads up the Company’s sales function. Other senior managers at the Company today include Terry Schaefer, Kuhlman’s Chief Financial Officer; Stan Radabaugh, Director of Toledo Concrete Operations; Steve Smigelski, General Manager of the Kuhlman Bulk Material Materials Facility; and Harley Maize, Director of Plants and Facilities. Like their predecessors, all are active in industry trade associations and community groups.

Over the past three decades, Kuhlman:

Customers turn to Kuhlman and its retail locations in Toledo and Akron because they can always depend on its knowledgeable employees, the quality of manufacturers represented, and the wide variety of products offered. 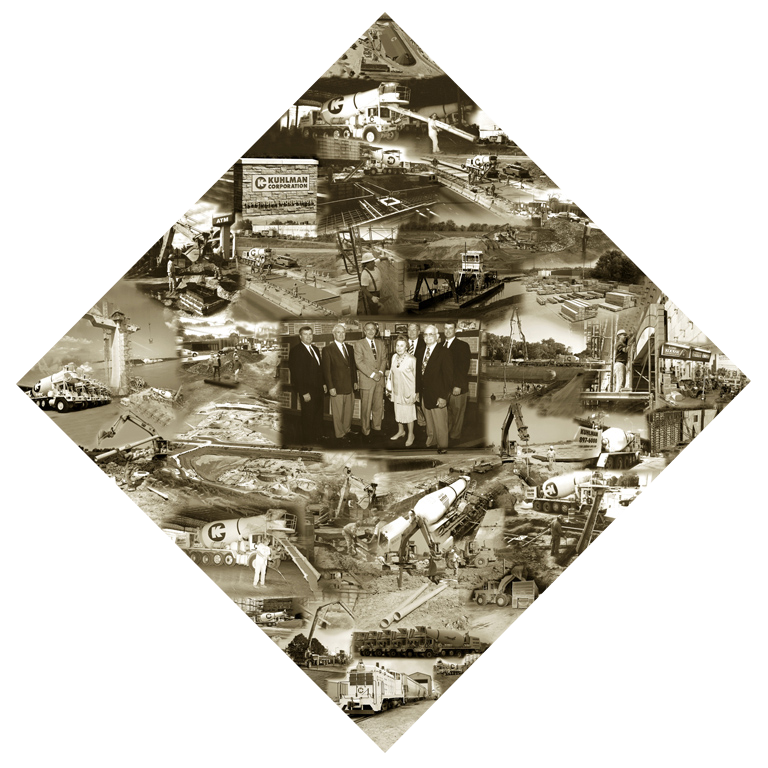 Kuhlman Corporation was founded on the principles of quality products, excellent service and unquestioned integrity, and it continues to operate with these values in mind. Most importantly, the Company could not have reached this milestone without the support of its loyal employees, customers and suppliers.

Adam Kuhlman built his company to withstand the tests of time. In the years to come, Kuhlman will continue to supply its customers with the diverse materials and products they require in order to prosper. Its employees remain committed to the following principles:

Kuhlman is a fifth-generation, family-owned and -operated business. It combines history’s lessons with its philosophy for future growth and service to make its customers successful.